Homepage › News Listing › Ken's Commentary: why you should have been there...

Ken's Commentary: why you should have been there... 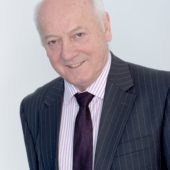 In the last four weeks, I've attended two travel conferences and one awards event. Whilst each was very different, we as TMC’s sometimes forget our travel world is fairly niche and there is a difference to the wider aspects of what affects corporates and their businesses, and the way they buy and operate their travel programmes.

The Institute of Travel Management held its annual conference at Celtic Manor a few weeks ago and was attended by nearly 400 delegates from the buyer and supplier communities. The glaring gap in this excellent conference, where content is key and networking is paramount, was the lack of TMC’s in their midst. Only 5% of the delegates could count themselves as Travel Management Companies but I’ve always thought that this event has offered a feast of business opportunities for any agent. Where else would you get the opportunity of speaking to literally dozens of corporate buyers all in one place? You need to ask the question why your sales team have not got this on their list of 'calls'? In fact, this could tick the box for most business development staff and cover their call target for the next six months if they worked the room. My view is that if you had the choice of meeting a travel buyer in a relaxed and convivial networking business and social event, rather than the comfort and protection of their own offices, you would find a lot more opportunities to find new accounts. This is a people business after all.

Talking of people, The People Awards, now in it’s fifth year, is devoted to the business travel community, and of course by default, the people in it. Having just completed another year, as a judge of the awards, it was wonderful to see the enthusiasm of the 300 strong audience recognising the immense talent within our industry, along with the delight shown on the faces of the winners. Whilst time-consuming and hard work, the one overriding element of being a judge is reading, meeting and hearing about the great stories behind the successes in the corporate travel market. On the one hand our members seem to struggle finding talent in the industry, continuously saying they cannot get the right staff, but on the other hand, many of the nominees and winners at the People Awards, have come from outside the industry and are having great success with the apprentice route. Whilst there is a bit of work required to write an entry worthy of any nominee, I would encourage all members and suppliers to do what they can to recognise the stars in your midst. It is very worthwhile and doesn’t necessarily mean you have to give them a pay increase if they win!

The third event I attended, was the GTMC Annual Conference held in Marco Island on the west coast of Florida at the Marriott Resort. Situated on one of the best beaches in the USA, one could be forgiven for Facebooking or Tweeting messages with some superior boasting about the luxurious surroundings afforded to the delegates, just to meet colleagues from the industry that have all just flown in together from the UK. However, that would be underestimating the power of the social and networking opportunities over three days with the great, the good and the downright ugly of the TMC world. These are the serious players, the movers and shakers of the business travel industry, where both casual and intense conversations over the course of three or four days can illicit some fantastic information, source new deals, surprising areas of co-operation, buyouts and sellouts and downright gossip which makes it a must event.

Despite the surroundings, the main programme was still conducted in a windowless convention room, and although you could easily have been sitting in somewhere like Milton Keynes, which might have been more practical, if not as exciting, the sessions were of a high quality.

I guess the point is, where else would you hear the BA spokesman confessing that the current Club World configuration is here to stay despite doubts by the industry, and that BA will become a different animal under the new CEO Alex Cruz, parachuted in from low-cost carrier Vueling. BA say they have no interest in disrupting the TMC world in the booking process, but have a need to cut their costs – what does that mean for us? Fragmentation, personalisation and different sets of behaviours will all impact on their decision making. Queue discussions over cocktails.

Where else would you hear about the fact that 27% of TMC’s are not managing their clients risk properly, or in the words of that particular presenter – "Prepare for the perfectly probable".  We talked about disruptors, the sharing economy, the growth of virtual reality, terrorism, driver-less cars, digital currency, the ability to regulate, and of course Donald Trump! That last one didn’t get many laughs by the way. Being on his doorstep, the Presidency seemed a closer proposition.

Delegates were also given the opportunity to suggest an innovation from the past that they would like back again. Commission, supersonic aircraft, simpler frequent flyer programmes and pan European rail tickets were all suggested, but we stopped when someone suggested "bring back hanging”. The Mexicans in the room got very nervous at that point – they thought it was only going to be a wall!

We heard about risk and security, the challenges in the hotel market, and a professor advising on the pricing of air fares, but the big deal was the panel discussion on Brexit which got the juices flowing. A fascinating journey into some of the reasons why the far right have got more of their fair share of the vote in many countries around the world, and the discussion and questions, which could have gone on until the early evening, and actually did with some delegates. A poll of the audience prior to the session suggested 64% favoured remaining in the EU. A second poll taken at the end of the panel debate had moved the needle significantly and created an even 43%/43% split across the room. Surprising? Absolutely, but indicative of the genuine uncertainty on which way to vote in the absence of fundamental facts to work with.

That’s why you should have been there.

Tweets by AdvantageHQ
Share this page:
OK
Yes No