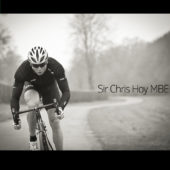 The Advantage Travel Partnership has announced Sir Chris Hoy MBE as the keynote speaker at the 2017 Conference, which takes place between 12 and 15 May at Club Med Opio en Provence in the south of France.

Chris Hoy is an eleven-time world champion and winner of six Olympic gold medals – a tally that marks him as Britain’s greatest Olympian (jointly, alongside his former team-mate Jason Kenny).

Starting out in competitive BMX at the age of seven, Chris became Scottish champion and was ranked ninth in the world. As a teenager he also competed as a rower, winning silver in the junior coxless pairs at the British Championships; but he decided to concentrate his efforts on track cycling and by the age of twenty he was part of the national squad.

Chris’ first Olympic gold came in Athens, winning the 1km time trial in a competition many saw at the best ever in the category. Another three wins at the Beijing Games saw Chris become the first Brit in a century to claim three golds in one summer games, marking him out as a British sporting hero. In London, however, he was promoted to sporting legend, winning both his competitions and providing some of the most emotive images of the games. He retired from competition with an incredible six golds and a total of seven Olympic medals.

With characteristic humility, Chris acknowledges his good fortune at being able to have a job he loves, whilst also recognising his unquenchable desire to win, which does sometimes lead to awkwardness away from the track. In speeches he looks at the gruelling physical and mental aspects of elite competition.

In the heart of Aix-en-Provence, the Advantage Conference 2017 will convene to consider the powerful combination of smart technology and human service to enhance the world of travel.

Commenting on the announcement, Colin O’Neill, Advantage Business Development Director said: “The Advantage Travel Partnership has created an enviable reputation for the quality of its keynote speakers and having Chris address our 2017 conference very much continues this tradition. With the conference theme of MAN & MACHINE, we could not think of anyone who better epitomises this harmony”.

For all the latest conference news please visit advantageconference.co.uk or contact the events team at [email protected] or 020 7324 3945.